Casa Chirilagua is a local ministry who is developing relationships with families to see the Chirilagua neighborhood transformed by Christ. Begun in 2007, Casa Chirilagua began when four women moved into the neighborhood of Arlandria (in Alexandria, VA, nestled between Potomac Yard and South Arlington) to minister to the growing Hispanic community. In the nearly 10 years of existence, the organization has grown to include an after school kids and middle school program, a parent’s group, special community events and several Bible Studies and fellowship groups. Its staff consists of nearly 10 people including full- and part-time workers as well as community interns.

Casa Chirilagua is Great Commission Community Church’s primary local mission partner. It seeks to make disciples among a less reached people group in the DMV area. It also offers tangible educational and physical support for a vulnerable, migrant population (the foreigner) that often includes children with only one or no parents (the fatherless) in the United States as well as struggling single parents (the widow) trying to make ends meet. 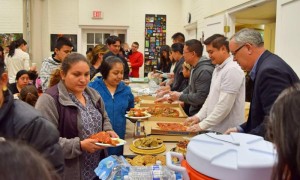 For more information on how to get involved with Casa Chirilagua, look at their website: www.casachirilagua.org or contact GCCC’s Missions Pastor Jonthan Thornton. 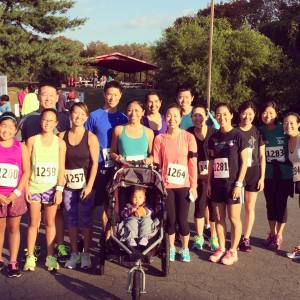 Global Gates Network seeks to reproduce disciples and churches among unreached and least-reached peoples. As a result, we will consistently focus our efforts on sharing the gospel with unreached and least-reached peoples in a way that they can understand and we will promote indigenous leadership, ministries, and churches to be birthed out of our organization.

Come join us as we hear from one of our new district missionaries on Sunday, February 2nd after service.

Our congregational retreat will be on May 22-24 at Eastern Mennonite University. Mark those dates down! If you’d like to help planning for the retreat, please email Pastor Steve Kim. …

If you’re new to our community and would like to learn more about us, please join us for our next Welcome Lunch on February 2!